Service Levels in Drafting and Reviewing text of Guarantee: 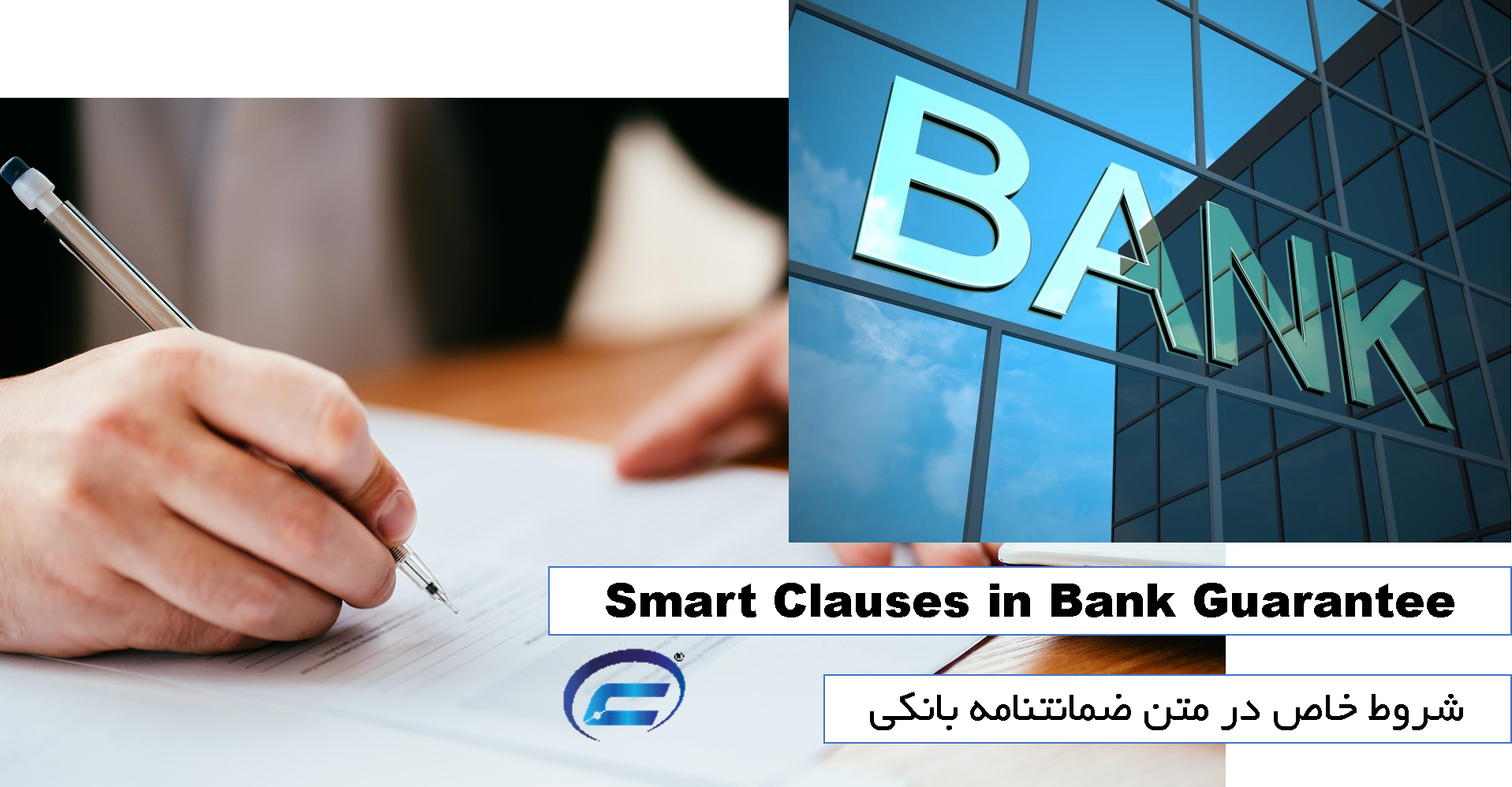 THE CONDITIONS of the obligation are:
1. If the Bidder withdraws his bid during the period of bid validity specified by the Bidder on the Bid form or
2. If the Bidder, having been notified of the acceptance of his bid by the Purchaser during the period of bid validity
(a) fails or refuses to execute the Contract, if required; or
(b) fails or refuses to furnish the Performance Security, in accordance with the instructions to Bidders. We undertake to pay to the Purchaser up to the above amount upon receipt of its first written demand, without the purchaser having to substantiate its demand, provided that in its demand, the purchaser will note that the amount claimed by it is due.

we [name of Bank] hereby irrevocably undertake to pay to you, the Beneficiary, or your accredited representative, any sum or sums not exceeding in total an aggregate amount of [amount in words] ([amount in figures]) (the “Guarantee”)  upon receipt by us of your first demand in writing, accompanied by a written statement, stating that the Contractor is in breach of its obligation under the Contract to return the amounts of the Guarantee, because the Contractor has used the advance payment for purposes other than the purposes permitted under the Contract.

Our undertaking under this guarantee becomes effective as soon as [currency and amount in figures] has been received by the Supplier on its account no. [ ] with us.

The value of this Bank Guarantee shall be reduced once in three months based on the pro-rata supplies effected/ erection completed , as confirmed by the Purchaser.

AT THE REQUEST OF THE PRINCIPAL, WE..... HEREBY IRREVOCABLY  UNDERTAKE TO PAY YOU AN AMOUNT NOT EXCEEDING IN TOTAL OF EURO…. (SAY: ….. Euros only ) AFTER RECEIPT BY US OF YOUR FIRST DEMAND IN WRITING STATING :
1- THE NUMBER AND DATE OF OUR GUARANTEE UNDER WHICH YOUR CLAIM IS MADE AND
2- THE AMOUNT YOU CLAIM AND
3- THAT THE PRINCIPAL IS IN BREACH OF HIS OBLIGATION(S) UNDER THE CONTRACT CONDITIOINS; AND
4- THE RESPECT IN WHICH THE PRINCIPAL IS IN BREACH;AND
5- THAT YOU HAVE FULFILLED YOUR OBLIGATION（S）IN ACCORDANCE WITH THE CONTRACT AND THUS THE PRINCIPAL CAN NEITHER ASCRIBE THE BREACH OF HIS OWN OBLIGATIONS TO THE BENEFICIARY NOR EXEMPT HIMSELF FROM THE OBLIGATIONS THEREOF.

WHEREAS [name and address of contractor] ("the Contractor") has undertaken in accordance with the terms of the contract reference [enter CA ref] dated [enter date] (“the Contract”) to supply [insert details of goods] and provide associated services.

AND WHEREAS the Contract requires the Contractor to provide [Crown Agents Limited] ("Crown Agents") with a bank guarantee issued by a bank acceptable to Crown Agents as security for the advance payment to be paid under the Contract in the sum of [amount of guarantee figures and words] (“the Advance Payment”).

In consideration of Crown Agents making the Advance Payment to the Contractor under the Contract, we [name and address of bank], hereby unconditionally and irrevocably undertake to pay Crown Agents without objection on our part, any amount or amounts not exceeding in aggregate [amount of guarantee figures and words] upon Crown Agents’ first written demand including a statement that:

(i)    the Contractor is in breach of its obligation(s) under the Contract, because it has failed to repay the advance or has used the advance for a purpose other than towards performance under the contract or;

(ii)    Crown Agents is entitled to terminate the Contract.

This guarantee shall expire on [date to be inserted], say two months after contract delivery date or one month after receipt by Crown Agents of the documents required under the Contract, evidencing completion of the Contractor’s delivery obligations under the Contract whichever is the earlier.

The maximum amount of this guarantee will be reduced by [state percentage] % of the total value of each part-shipment one month following the date of such part-shipment as evidenced by and against presentation to Crown Agents, by the Contractor of [Contractor to note that Crown Agents will specify contractual documents to be presented for reduction purposes]

This guarantee is subject to the Uniform Rules for Demand Guarantees (URDG) 2010 Revision, ICC Publication No. 758.

Duly authorised on behalf of the Bank

THIS DEED OF GUARANTEE executed on this the ___________day of ___________________
at _____________ by ________________ (Name of the Bank) having its Head / Registered office at __________________hereinafter referred to as “the Guarantor” which expression shall unless it be repugnant to the subject or context thereof include successors and assigns;
In favour of
Karnataka Renewable Energy Development Limited, a Company incorporated under the Indian Companies Act, 1956 having its registered office at #39, Shanthi gruha, Bharat Scouts & Guides Building, Palace Road, Bengaluru (hereinafter referred to as “KREDL”, which expression shall, unless it be repugnant to the context or meaning thereof, include it's administrators, successors, and assigns);
WHEREAS
A. By the Government Order ……………(fill the GO number) issued to M/s/Sri/ Smt.........................../ ____________ company incorporated under the provisions of the Companies Act, 1956/, having its registered office/ permanent address at ____________________(hereinafter referred as “Developer”), has been granted the right to development of [Solar PV Power Plant] an hereinafter referred to as the Project.
B. In terms of GO, the Developer is required to furnish to KREDL , an unconditional and irrevocable bank guarantee for an amount of Rs. __________/- (Rupees ________ Only) as security for due and punctual performance/discharge of its obligations under the Government order.
At the request of the Developer, the Guarantor has agreed to provide guarantee, being these presents guaranteeing the due and punctual performance/discharge by the Company of its obligations under the Agreement relating to the Project.
NOW THEREFORE THIS DEED WITNESSETH AS FOLLOWS:
Capitalised terms used herein but not defined shall have the meaning assigned to them respectively in the relavant regulations with respect to projects under IPP / captive generation / RECM issued by KERC from time to time and Solar policy of Karnataka 2014-21.
1. The Guarantor as primary obligator shall, without demur, pay to KREDL sums not exceeding in aggregate Rs. _______/- (Rupees ________ Only), within one working day of receipt of a written demand thereof from KREDL stating that the Developer has failed to meet its performance obligations as specified in GO and Solar policy 2014-21. The Guarantor shall not go into the veracity of any breach or failure on the part of the Developer or validity of demand so made by KREDL and shall pay the amount specified in the demand notwithstanding any direction to the contrary given or any dispute
whatsoever raised by the Developer or any other Person. The Guarantor’s obligations hereunder shall subsist until all such demands are duly met and discharged in accordance with the provisions hereof.
In order to give effect to this Guarantee, KREDL shall be entitled to treat the Guarantor as the principal debtor. The obligations of the Guarantor shall not be affected by any variations in the terms and conditions of the GO and Solar policy 2014-21or other documents or by the extension of time for performance granted to the Company or postponement/non exercise/ delayed exercise of any of its rights by KREDL or any indulgence shown by KREDL to the Developer and the Guarantor shall not be relieved from its obligations under this Guarantee on account of any such variation, extension, postponement, non exercise, delayed exercise of any of its rights by KREDL or any indulgence shown by KREDL provided nothing contained herein shall enlarge the Guarantor’s obligation hereunder.
2. This Guarantee shall be irrevocable and shall remain in full force and effect for a period of 18 months from …… (date of intimation) unless discharged /released earlier by KREDL in accordance with the provisions of the solar policy. The Guarantor’s liability in aggregate be limited to a sum of Rs. __________/- (Rupees ____________ Only).
3. This Guarantee shall not be affected by any change in the constitution or winding up of the Developer/the Guarantor or any absorption, merger or amalgamation of the Developer/the Guarantor with any other Person.
The Guarantor has power to issue this guarantee and discharge the obligations contemplated herein, and the undersigned is duly authorised to execute this Guarantee pursuant to the power granted.
IN WITNESS WHEREOF THE GUARANTOR HAS SET ITS HANDS HEREUNTO ON THE DAY, MONTH AND YEAR FIRST HEREINABOVE WRITTEN.
SIGNED AND DELIVERED
by ____________________________________Bank
by the hand of Shri _______________________its ___________and authorised official.